Every since I was young my grandmother encouraged me to plant flowers around our house, she believed that if we were going to live in a neighborhood full of destruction the least we could do was make our home look beautiful. The memories of her run deep in my soul and every since I can remember I wanted to plant flowers in every home I ever had.

As the years went on, my grandmother passed in my first year of college and all I wanted to do was continue to do the things that she once taught me to be so important. Now in my twenties I have started to plant more than wildflowers, I have found a new love for planting seeds that produce food to nurture our bodies.

According to the 2012 report from the United States Department of Agriculture more than 29.7 million people in the United States live in a “food desert.” Food deserts are defined by the USDA “as parts of the country vapid of fresh fruit, vegetables, and other healthful whole foods, usually found in impoverished areas, this is largely due to a lack of grocery stores, farmers’ markets, and healthy food providers.”

In Detroit for example more than half a million Detroit residents live in areas where it’s hard to access food let alone healthy food. Most areas in Detroit you will find a liquor store before you find a supermarket and that is a major issue.

That does not mean that Detroit communities aren’t doing anything to change this harsh reality. According to the article “10 Detroit Urban Farms Rooting Goodness into the City, ”written by Daily Detroit there are more than 1,000 urban farms in the city providing better options for their communities. I have personally worked in more than twenty and the results of teaching people how to grow their own produce right in their backyard has a tremendous effect on food desert cities like Detroit.

There are a million ways to grow your own food and Detroit is one of the many cities taking control of the land and proving that it isn’t rocket science to do. We as a community that lacks healthy food options can blame the government for not taking notice but instead we took notice and continue to make change.

The United States is a large country and we need to make sure that we utilize the land to the best of our abilities and planting seeds that reproduce nutritious food is one of the many important ways to do so. Make sure to learn more about urban farms like Keep Growing Detroit in your area that are making big changes to this thing called “food deserts.” 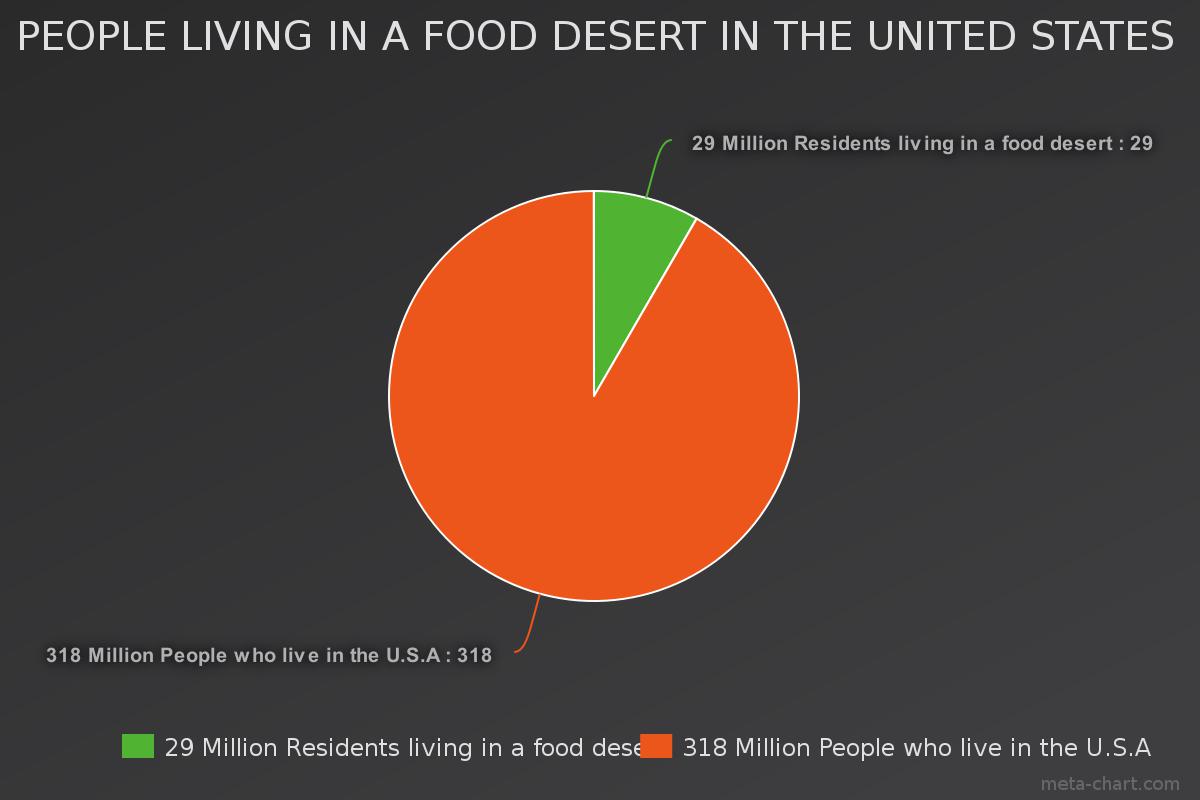